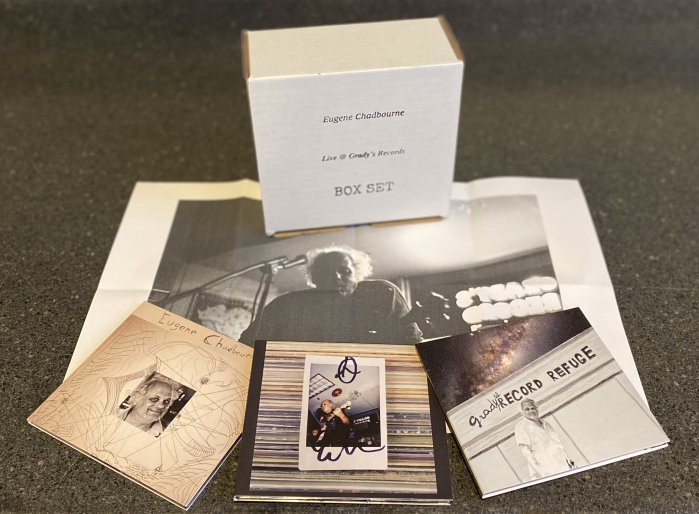 Three different performances from guitar genius Eugene Chadbourne – each recorded in a very intimate setting at Grady's Record Refuge in Ventura! Each CD features two long tracks – one an extended performance with guitar, the other with banjo – usually with Chadbourne delivering some of his wonderfully offbeat vocals – almost an extension of a Michael Hurley mode from the 70s, but with all of the guitar creativity that's always marked Chadbourne's music – which means lots of sonic stops along the way, and unusual inflections that really mark the music with a creative complexity that's sometimes hidden by the innocence of Eugene's vocals. There's maybe even more currents of Takoma Records-styled outsider acoustic modes here than on some of Chadbourne's work from decades back – which is A-OK with us, as it opens up a further side of his character during these maturing years.  © 1996-2020, Dusty Groove, Inc.