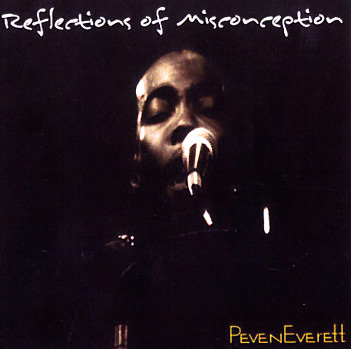 One of the boldest, fullest, and most soulful albums we've ever heard from Peven Everett – a set that's overflowing with enough classic influences to rival the genius of Stevie Wonder in the 70s! The groove here is really tremendous – not just house rhythms or beats and keys, but a fuller approach to soul that fills in even the smallest spaces – one that flows out majestically, and which is matched by some of Peven's best vocals ever – and that's saying a lot, given his genius in the past! There's some real instant classics here, and the album's got a new sense of confidence that comes through in the very first note. Titles include "The Superstar", "Another Tender Moment", "I Don't Want To Love Nobody Else", "I'm Missing You", "I Can't Keep From Loving You", "Kickin Up Dust", and "Party Of The Year".  © 1996-2022, Dusty Groove, Inc.