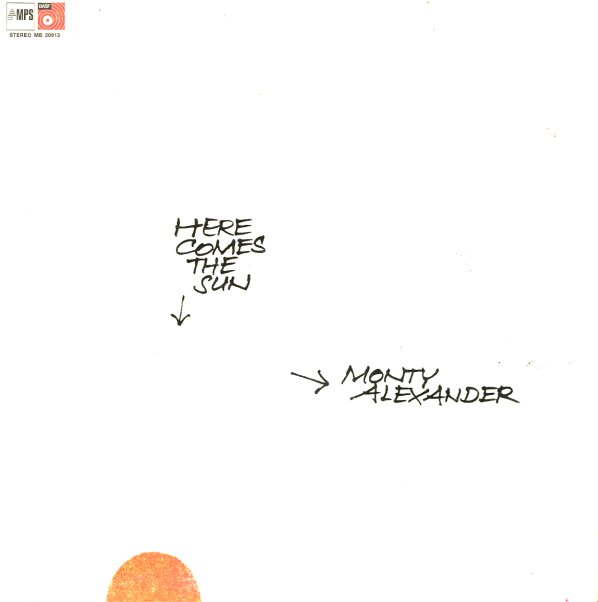 Beautiful sounds from pianist Monty Alexander – and a record that really has him finding his own groove! Monty had recorded often in the 60s, and usually mixed his Caribbean roots with a bit of American soul jazz – but it really took the MPS label to help him find a spot to set himself free and really open up with his own sort of voice! Alexander soars with a sense of joy and imagination right from the very first note – getting help from Eugene Wright on bass, Duffy Jackson on drums, and the great Montego Joe on congas – in a mode that's maybe Monty's contribution to finding a Caribbean sound in jazz piano the way that work of Randy Weston and Dollar Brand were towards a more African-oriented heritage. The colors and phrasing of Alexander's touch on the keys is already pretty darn unique, and the rhythmic impulses send things home even more – on titles that include a great funky remake of "Here Comes The Sun" – plus "Where Is Love", "Montevideo", "Brown Skin Girl", and "So What".  © 1996-2020, Dusty Groove, Inc.
(Case has some lightwear.)