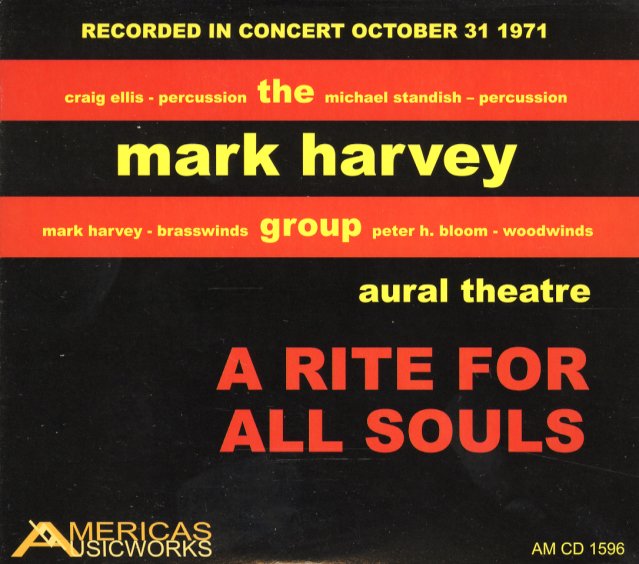 Rite For All Souls

Rite For All Souls is an extended live performance that draws on influences from the Art Ensemble of Chicago and Ornette Coleman. Features Mark Harvey on brasswinds, Peter H Bloom on woodwinds, and Craig Ellis and Michael Standish on percussion.  © 1996-2021, Dusty Groove, Inc.