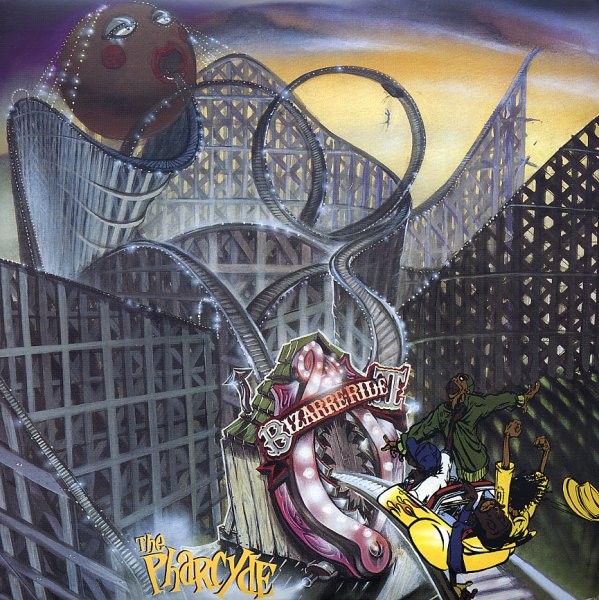 The essential early 90s classic by The Pharcyde, the group's high water mark, and one of the greatest hip hop albums of the era! Along with Del and the Souls Of Mischief, the Pharcyde were one of the few West Coast units to achieve any kind of widespread popularity using the uniquely loopy, funhouse kinda of vibe of De La Soul, Black Sheep and Tribe Called Quest in their lighter moments. Features the classics "Passing Me By", "Soul Flower", "Ya Mama", "I'm That Type Of Ni@*a", "Officer", "4 Better Or 4 Worse", "Return Of The B-Boys", and lots more! 25th Anniversary edition comes with a bonus CD of remixes, acapellas and instrumentals – plus new liner notes.  © 1996-2020, Dusty Groove, Inc.
(Barcode has a mark.)