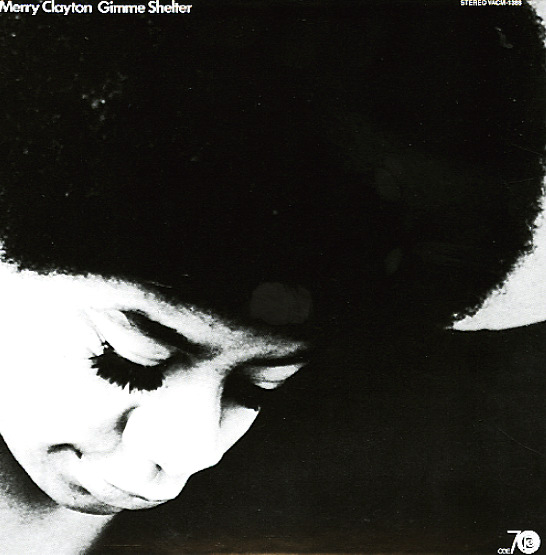 A classic from Merry Clayton – and a record whose title follows from her big fame of singing on the original version of "Gimme Shelter" by the Rolling Stones! The sound here is a lot more soul-based, as you'd guess – arranged beautifully by Gene Page, with a really righteous feel that's perfect for Merry's deeply soulful vocal approach – and produced to perfection by Lou Adler, with some surprising help from Curtis Amy – one of our favorite saxophonists ever. Music is by a hip cast of top-shelf talents from the coast – including Billy Preston on organ, Joe Sample on piano, David T Walker on guitar, and Paul Humphrey on drums – all nice and tight, but totally right in the pocket with their grooves. Titles include Merry's classic version of "Gimme Shelter", plus "Tell All The People", "I've Got Life", "Here Come Those Heartaches Again", and "Good Girls".  © 1996-2020, Dusty Groove, Inc.
(Limited edition of 700 – on "Gray Eye" black & white vinyl!)