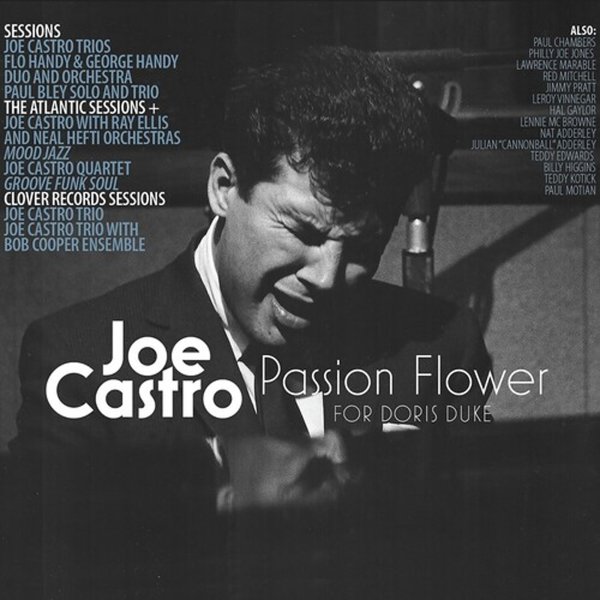 A massive tribute to this overlooked west coast pianist of the postwar years – an overstuffed set that features unreleased recordings, rare albums, and lots of other unusual material from the archives of the great Joe Castro! The set follows on the very illuminating Lush Life package from Sunnyside a few years back – and like that box, this one showcases just how many things Joe had going on at the time – even if he only got a chance to issued a rare few records as a leader! CD1 features a series of mid 50s trio recordings done in LA – with work from Paul Chambers, Leroy Vinnegar, and Red Mitchell on bass – plus Philly Joe Jones, Lawrence Marable, and Jimmy Pratt on drums. CD2 isn't Joe at all – but features his own recordings of a very young Paul Bley on piano (1956!), plus singer Flo Handy with backings from pianist George Handy. CD3 returns to the Castro catalog – and offers up the Atlantic album Mood Jazz, with arrangements from Neal Hefti and Ray Ellis – plus six more bonus tracks too. CD4 features another Atlantic album – the great Groove Funk Soul – again with unissued bonus tracks. CD5 features rare trio material, done for Joe's tiny Clover Records imprint – an unusual group with Teddy Kotick on bass and Paul Motian on drums – recorded in New York in 1965. CD6 features even more unusual material from the Clover vaults – a few more with the same trio - plus performances from Teddy Edwards and Bill Holman on tenor, Gabe Balthazar on flute and alto, Al Porcino on trumpet, and Bill Hood on baritone – plus orchestrations, tenor, and oboe from Bob Cooper. As with the previous box, the set is a stunning picture of this overlooked piano genius – filled with treasures in many different flavors!  © 1996-2021, Dusty Groove, Inc.