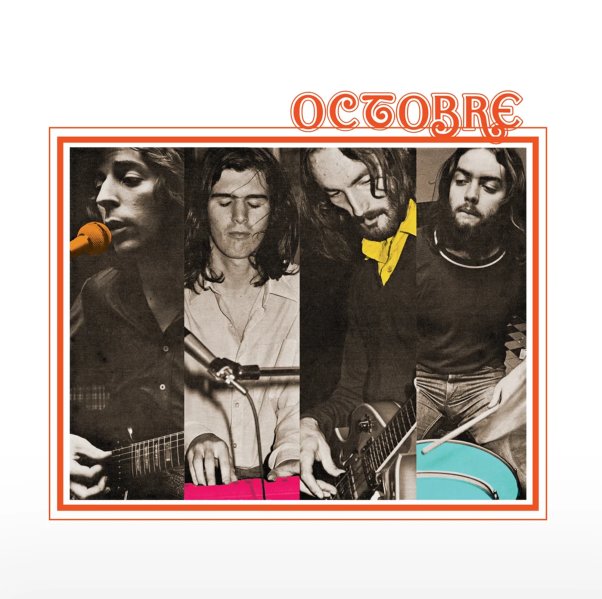 An excellent prog set from the early 70s Quebec scene – work that really shows just how special that oft-overlooked world of music could be at the time! Octobre certainly have the instrumental chops to rival bigger prog groups, but they also come across with a quality that's more personal and pointed – as if they've also been influenced by some of the hipper French singer/songwriters of the late 60s, and are encouraged to put themselves forward as strongly from a lyrical mode as an instrumental one. Pierre Flynn handles the organ and electric piano – and also wrote all the songs – titles that include "Viens Vivre", "Dans Ma Ville", "Les Vivants", "Si On Partait", "Ca Prend Presque Rien", and "Au Fond Des Les Yeux".  © 1996-2020, Dusty Groove, Inc.
(Individually numbered limited edition of 500!)