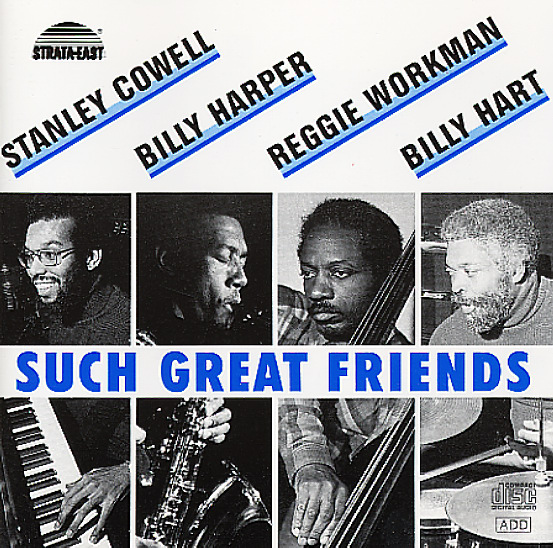 A lost bit of late Strata East – and an all-star session that never lets up! The album's a quartet effort – led by Stanley Cowell, but equally featuring participation from Billy Harper on tenor, Reggie Workman on bass, and Billy Hart on drums – all soaring together on long tracks that really preserve the best spirit of Strata East in the 70s – even though the label never issued the record at the time. The overall feel is a lot like Harper's own work from the time – particularly his late 70s Japanese sessions – driven strongly by Cowell's modal approach to the groove, a sound that's perfectly executed by the team of Workman and Hart. The tracks are all quite long, spinning out with a freely expressive approach – and titles include "Sweet Song", "Destiny Is Yours", "Layla Joy", and "East Harlem Nostalgia".  © 1996-2022, Dusty Groove, Inc.
(Limited edition 180 gram pressing – first time on vinyl!)