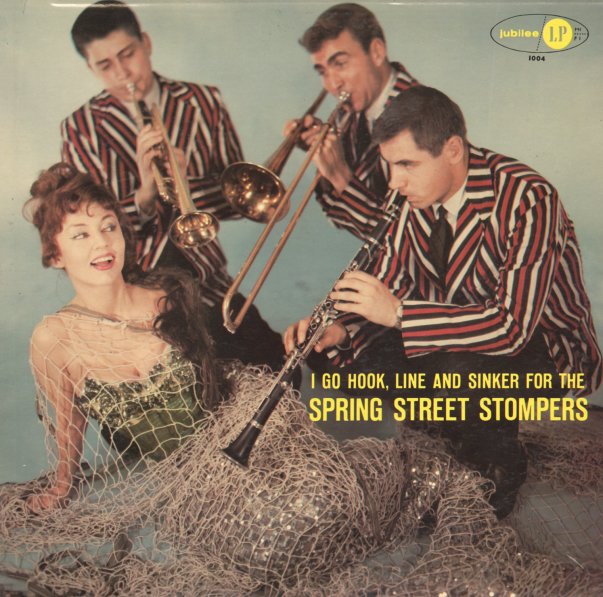 I Go Hook, Line & Sinker For The Spring Street Stompers

Jazz Wave
Jubilee, 1957. Near Mint-
LP...$11.99
A big, bold jazz wave from Med Flory – a leader/arranger from the west coast scene, and one who takes the power of some cool jazz legends, and puts them in a setting where they can really pack a punch! The group features Bill Holman on tenor, Al Porcino on trumpet, and Bob Enevoldsen on ... LP, Vinyl record album