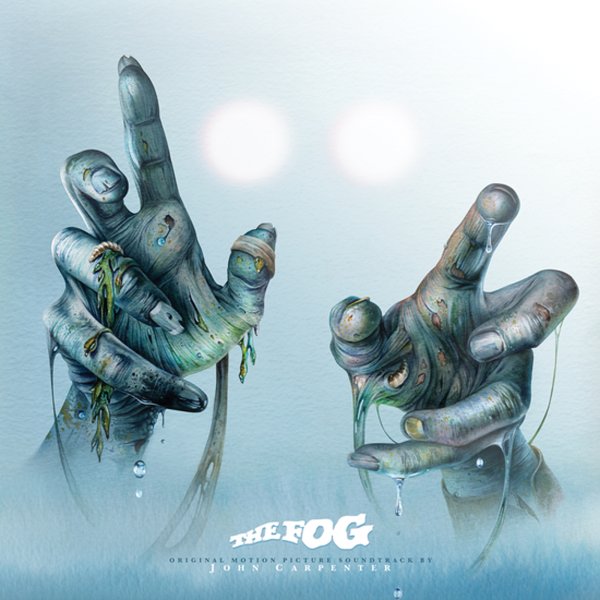 Wonderful sounds from the great John Carpenter – one of those records that reminds us that his music is often just as important as the images he puts on the screen! Carpenter's music for The Fog follows nicely in his work for other films – particularly Halloween – in that it's got this slow-building style that often makes great use of keyboards – often used sparely, with a really spooky sort of energy – and even more space, and at slower speed than his other horror soundtracks! The style really fits the "fog" theme of the film! Includes a bonus record of the original movie cues which have never been made available on vinyl before.  © 1996-2021, Dusty Groove, Inc.
(180 gram white & sea-blue swirl colored vinyl – in a tip-on sleeve, and featuring a 12" booklet with unleased photos.)