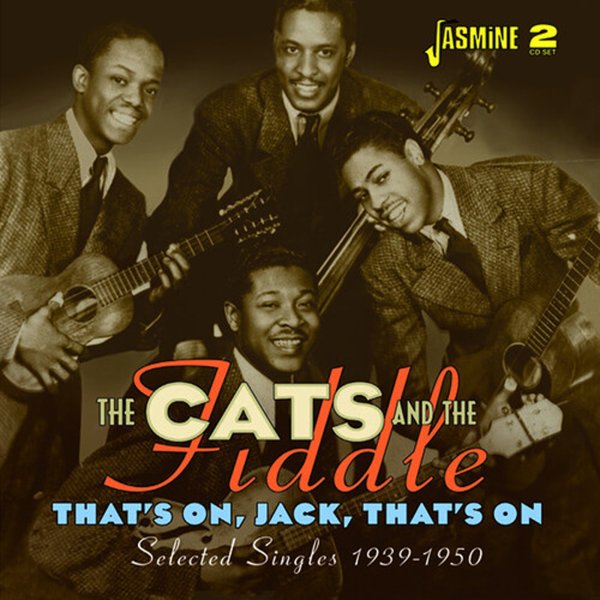 A huge amount of work from The Cats & The Fiddle – a vocal group that stands as a strong bridge between some of the male quartets of the 30s and the big wave of R&B acts to come! The music here is nice and jazzy, often with a lot of guitar used to emphasize the rhythms – maybe in the Mills Brothers mode, but much more earthy and with a stronger current of blues – especially as the 40s move in, the the Cats hit all these kind of hip, groovy sorts of styles that are in the territory of Slim Gaillard or the early King Cole Trio! The package brings together 53 well-selected tracks from their singles of the late 30s and 1940s – titles that include "Sighing & Crying", "When Elephants Roost In Bamboo Trees", "Start Talking Baby", "Wine Drinker", "Darling Can't We Make A Date", "I'm Afraid Of You", "I'm Gonna Pull My Hair", "I'll Always Love You Just The Same", "One Is Never Too Old To Swing", "Pig's Idea", "Hep Cat's Holiday", "That's On Jack That's On", "Crawlin Blues", "Chant Of The Rain", and "Killer Diller Man From The South".  © 1996-2020, Dusty Groove, Inc.