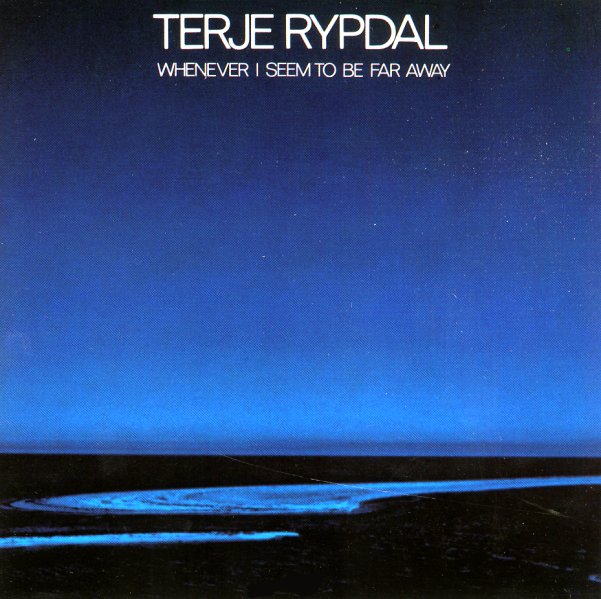 A fantastic early record by one of the true guitar geniuses of the 70s – and a set that shows why even at ECM, Terje Rypdal could still sound unlike anybody else in his generation! Side one features a quintet working through two very striking tunes – a bit noisy and funky at times, atmospheric at others – filled with freaky lines from Rypdal on guitar! Other players include Pete Knutsen on mellotron and electric piano, Odd Ulleberg on French horn, Sveinung Hovensjo on basses, and Jon Christensen on percussion – and the group plays the tunes "Silver Bird Is Heading For The Sun" and "The Hunt". Side two features a very different mode – the title track "Whenever I Seem To Be Far Away" – billed as an "image for electric guitar, strings, oboe, and clarinet"! Rypdal's guitar is mixed with work from members of the Sudfunk Symphony – and the 17 minute track is a masterful showcase not just for Terje's guitar, but also for his large conceptions of music.  © 1996-2022, Dusty Groove, Inc.