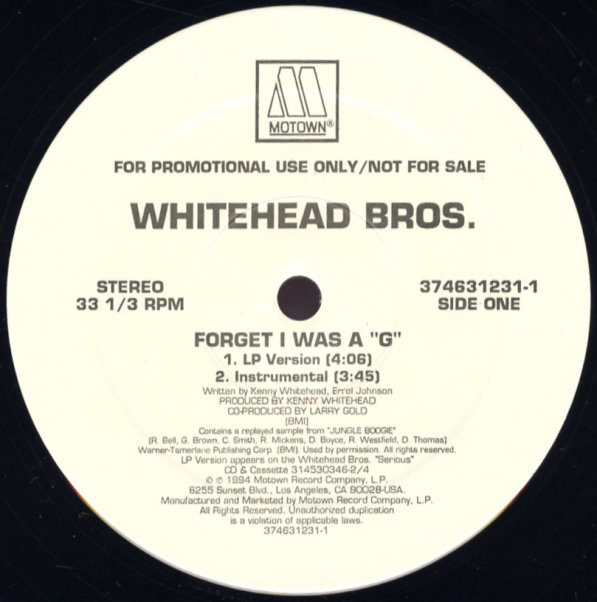 Forget I Was A G (lp, inst, pop edit, acapella)