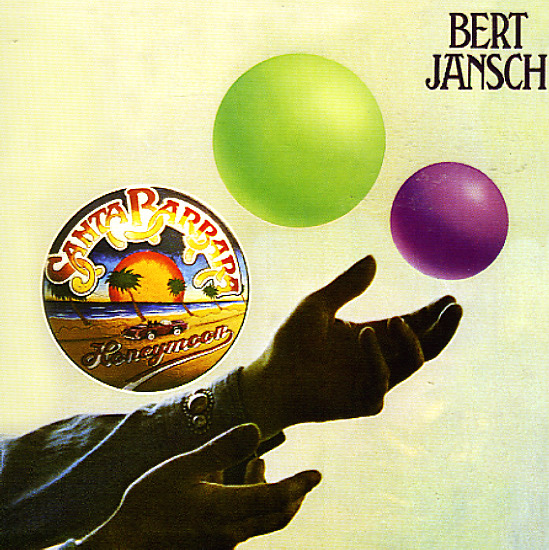 A real shift in modes for the legendary Bert Jansch – as you might guess from the sunny Santa Barbara on the cover – which is a long way from the rainy roots of Bert's music in the UK! Jansch steps out here as maybe more of a singer than before, but still gets in plenty of his amazing work on guitar – on tunes that show a more confident approach, but one that's never too slick, nor commercial. This is hardly folk-into-AOR – and instead just uses the right sort of Cali touches to augment the genius of Jansch, without getting in his way at all – at a level that also has Bert really sounding wonderful on vocals. Titles include "Love Anew", "Mary And Joseph", "Be My Friend", "You Are My Sunshine", "Lost And Gone", "When The Teardrop Fell", "Build Another Band", "Dynamite", and "Buckrabbit" and more. CD includes 6 bonus tracks – an alternate version of "Build Another Band", plus 5 tracks live from Montreux in 1975.  © 1996-2021, Dusty Groove, Inc.

LA Turnaround (with bonus tracks)
Charisma/Virgin (UK), 1974. New Copy
CD...$9.99
A great reboot for the career of guitar genius Bert Jansch – a record that shows a shift to Cali, as you'd guess from the title – as Bert continues to grow in new directions after the breakup of Pentangle! Although Pentangle was always a group with roots in ancient folk, they always ... CD

Original Sun Albums 1957 to 1964 (8CD set)
Sun/Charly (UK), Late 50s. New Copy 8CD
CD...$29.99
A massive collection of early work from Johnny Cash – a set that features the bulk of his early work for Sun Records, plus rare material too – all in a book-style format with a nice set of notes and rare images! The music alone is great – as Johnny works here with his initial ... CD