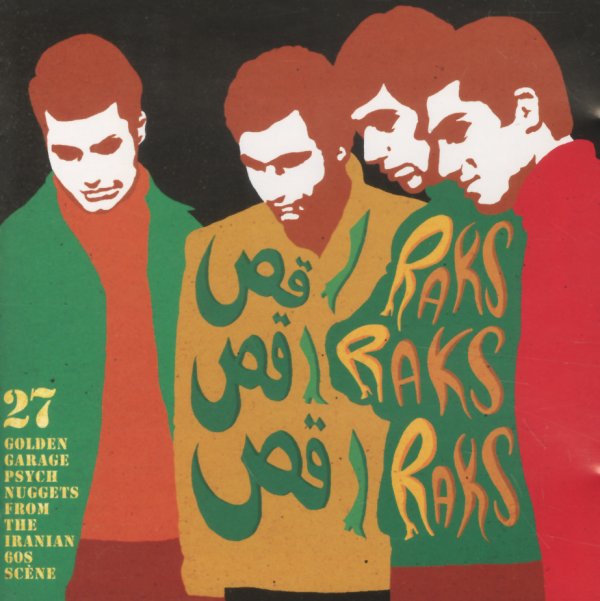 Iranian garage rock – kind of hard to believe at first, but a surprising musical discovery overall! The package documents a very overlooked scene – rock bands from late 60s Iran who were clearly inspired by the American underground of the time – working in a heady brew of guitar, organ, bass, and drums – usually with vocals in the local dialect, but a rockish groove that owes plenty to the US. There's less Eastern elements in the music than you'd find in Arabesk rock from Turkey – although some tunes here do have an exotic flavor at points, and really stand out from the rest. Yet even on the straighter numbers, the difference in language really gives these tunes an odd sort of feel – almost unsettling as you try to reach for familiar elements, then find them different in the end. The CD version adds 10 tracks to the 17 track LP version, and the titles include "Mehtaab" by The Littles, "Shekar Dar Kohestan" by The Golden Ring, "Hadjime Khali" by Kourosh, "Raks Raks Raks" by Moha Jamin, "Meekshi Manoo" by The Flowers, "Dance Music" by Penahi, "A B C D" by Skakayak, "Indian Rebels" and "Sha La La" by The Rebels, "Baroon Omad" by Bijan, "4 x 8 Jadeed" by The Littles, and more. Comes with full note in English, too!  © 1996-2021, Dusty Groove, Inc.