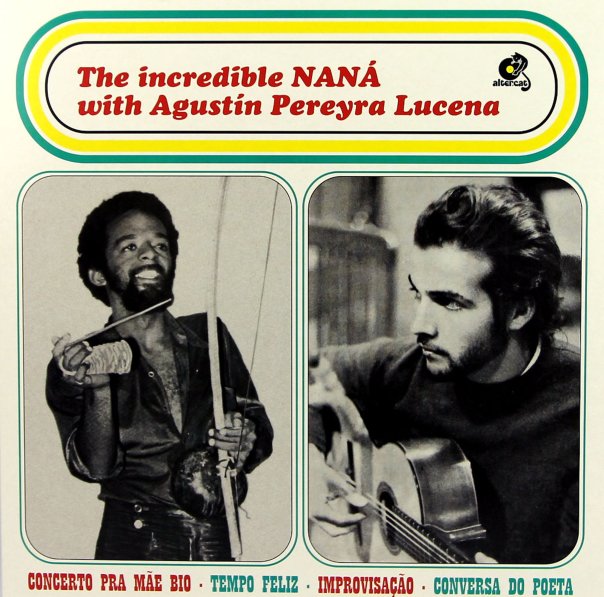 Some of the earliest recordings of Brazilian percussionist Nana Vasconcelos – an artist who'd go on to have a huge history in jazz, including famous work with Pat Metheny on ECM! This set has Nana very much in his roots – playing first on a stunning solo percussion track that mixes melodic sounds on cuica with a whole host of other percussion instruments – then joining in this sublime improvisation with guitarist Agustin Pereyra Lucena – another favorite player of ours, and one who normally never records in such a stripped down mode! The mixture of percussion and guitar is fantastic – full of fresh ideas, and a great showcase for Lucena – who then takes off on two shorter solo tracks too. Titles include "Concerto Pra Mae Bio", "Improvisacao", "Tempo Feliz", and "Conversa Do Poeta".  © 1996-2022, Dusty Groove, Inc.
(Includes download!)

Werther
Stylo/Altercat (Germany), 1970. New Copy Gatefold (reissue)
LP...$22.99 (CD...$14.99)
A lost late bossa gem from the Brazilian scene of the 70s – served up by a singer with an acoustic guitar, but in a way that's a lot more complex than bossa nova records of the 60s! Werther works here in territory that's a bit like Joyce or Edu Lobo at the time – music that uses the ... LP, Vinyl record album