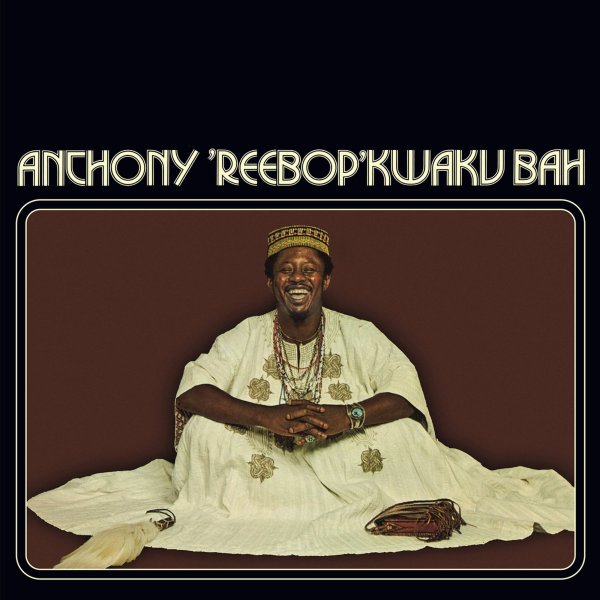 A killer set from percussionist Anthony Reebop Kwaku Bah – one done with the same sort of genre-crossing vibe as some of his work with the hipper members of the British rock scene – but at a level that's even cooler and groovier than his album for Island around the same time! The set's more of a jazz outing overall – and Reebop's tight skills are matched with a host of Swedish musicians – a lineup that includes Maffy Falay on trumpet, Ulf Andersson on tenor and flute, Bobo Stenson on electric piano, Jan Schaffer on guitar, and Rune Carlsson on drums! Tracks are long, and very groovy – often a bit of funk mixed with freer, more expressive passages – not unlike some of Don Cherry's experiments on the same scene at the time! Schaffer's guitar gets some good placement, and sounds even better here than usual – on cuts that include "Funkum", "Kwaku's Thing", "Africa", "Lovin You Baby", and "200 To 500 Years Ago".  © 1996-2022, Dusty Groove, Inc.