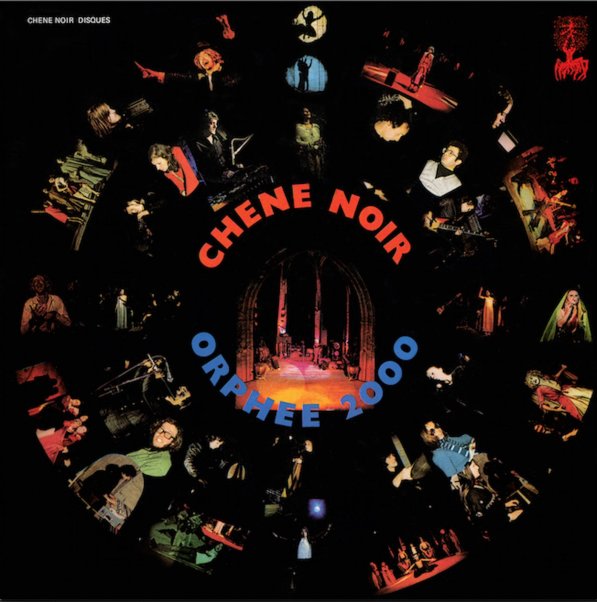 A spiritual set from 70s France – but one that has a very different origin than most! Chene Noir come from a theatrical background, and do a wonderful job of mixing up elements – that free-spirited sense of genre-stepping that took place on the French scene after the initial inspirations of visiting American avant players in the late 60s – given a fresh sense of expression in the Saravah generation, in modes that were often overlooked at the time by the rest of the world! The music here is definitely jazz, but brings in some sense of performance too – spoken passages, some vocals – served up in a mix of saxes, vibes, organ, Fender Rhodes, and percussion – the sort of work that someone like Pierre Barouh would have liked to capture in the studio. Titles include "Le Viel Orphee", "Musique De La Nuit", "Musique Du Vieux", "La Route De La Mer", "La Chute", "La Musique D'Orphee", and "Chemin D'Ou L'On Ne Revient Pas".  © 1996-2021, Dusty Groove, Inc.