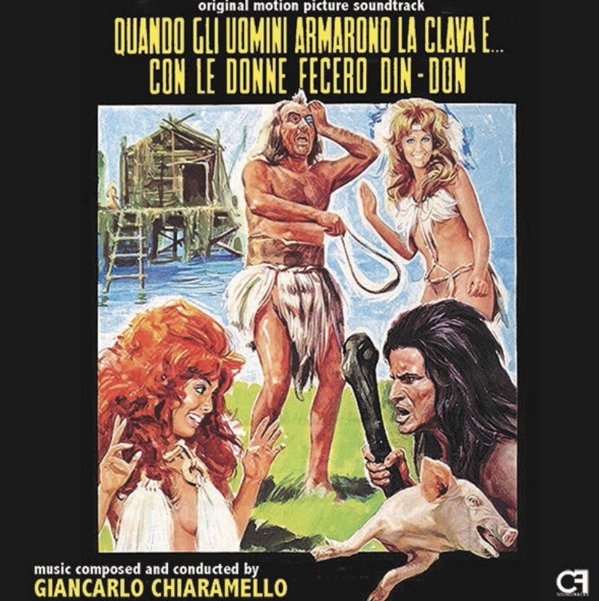 One of the more obscure entries in the caveman comedy genre that cropped up briefly at the end of the 60s – a set of very groovy tunes for a movie that has the females going on a sex strike to keep the men from fighting! There's very little in the music to tie the film to Lysistrata – as the tunes are delightfully whimsical, and move through a mix of bossa-styled jazz, mod rock moments, and a few funky touches – all in that best style put forth by the Italian scene in the 60s! The score has a few standout fuzzy/funky guitar bits, and maybe best of all are the vocal numbers – sung by Gli Alluminogeni, and based around this "Troglomen" theme – which has cool chanting in a very rhythmic way. 32 tracks in all – and a number of bonus tracks too!  © 1996-2020, Dusty Groove, Inc.