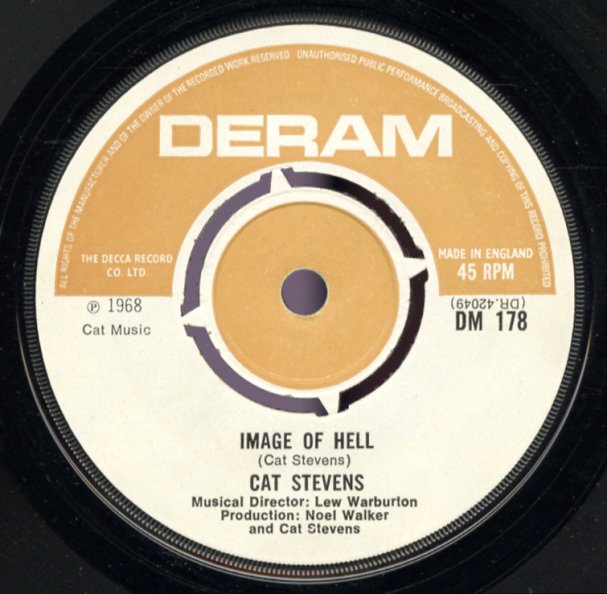 Image Of Hell/Lovely City (When Do You Laugh)

(UK Deram pressing with the push-out center, in a Decca sleeve with a touch of pen.)