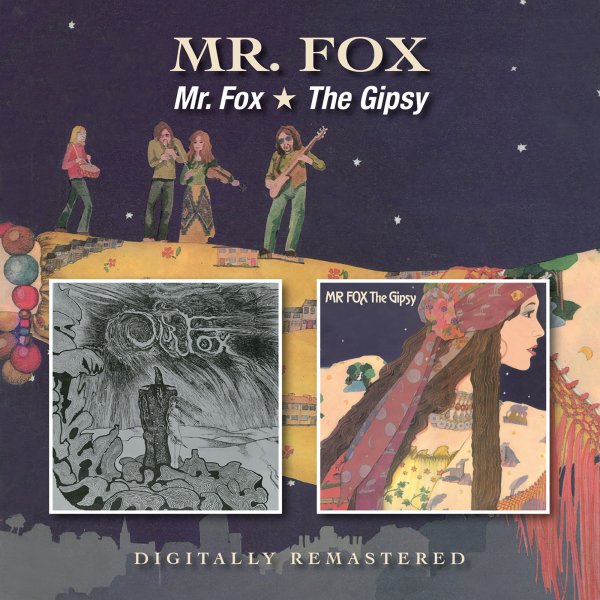 The first two albums from Mr Fox – UK folk contemporaries of Fairport Convention and Pentangle, but a group who are maybe even more committed to the traditional roots in their sound! The self-titled Mr Fox features vocals from both Bob and Carole (later Carolanne) Pegg – singing together and trading leads in a way that really elevates the majesty of the music – which, according to them, comes from the ancient world of the Yorkshire dales – a quality that definitely comes through in the way they vocalize the words. Instrumentation is mostly acoustic, but these guys use electric bass in the best ways of their bigger contemporaries – really setting the music apart from familiar folk, and giving it a sinister edge at the bottom – and occasionally peppering things with organ lines too. Titles include "The Hanged Man", "Join Us In Our Game", "The Ballad Of Neddy Dick", "Mr Fox", and "Salisbury Plain". The Gipsy is a record that expands the sound nicely from the group's debut – adding in some slight electric touches in surprising places – including the fiddles and organ – and also using some original material by the group that really burns with a nice deep edge. There's an attempt here to move past conventional acid folk styles – although never in commercial ways – just compelling juxtapositions of instrumentation and vocal interplay, which almost seems to unlock more of a pagan vibe in their sound! Titles include "House Carpenter", "The Gipsy", "Aunt Lucy Broadwood", "Mendle", and "All The Good Times".  © 1996-2021, Dusty Groove, Inc.