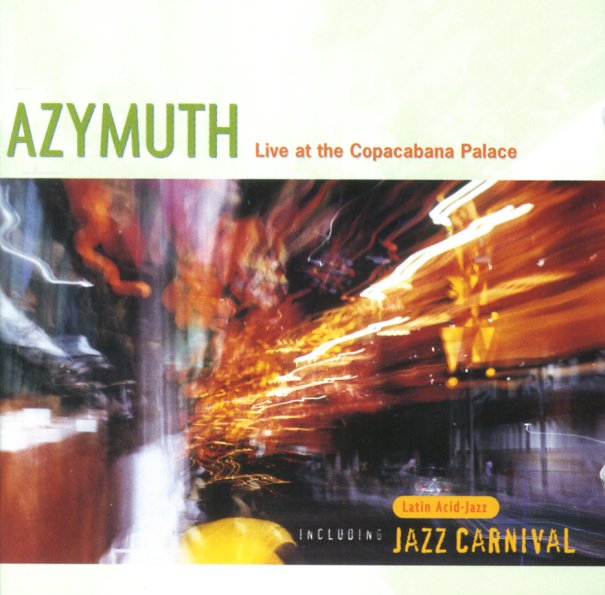 Azymuth Live At The Copacabana Palace

A great live set from Azymuth – recorded in Rio in 1979, with a harder, more open feel than most of their studio work of the time! The set takes off with the intensity of a classic 70s fusion set – led by the majestic keyboards of Jose Roberto Bertrami, really kicking out here with a sound that's not nearly as restrained as on the group's studio albums for Fantasy. Aleuda joins the trio on vocals on a few cuts, and titles include "Jazz Carnival", "Partido Alto", "Light As A Feather", "Montreux", "Dona Olimpia", "Voo Sobre O Horizonte", and "Existe Isto".  © 1996-2020, Dusty Groove, Inc.
(Out of print.)

Stone Flower (remastered edition – with bonus track)
CTI, 1970. Used
CD...$8.99 (LP...$99.99)
One of Antonio Carlos Jobim's greatest records – and a perfect blend of his subtle bossa genius with the moody electric sound of CTI! Jobim plays electric and acoustic piano, guitar, and sings a bit – and Deodato handled the arrangements with a breezy brilliance that matches all the ... CD