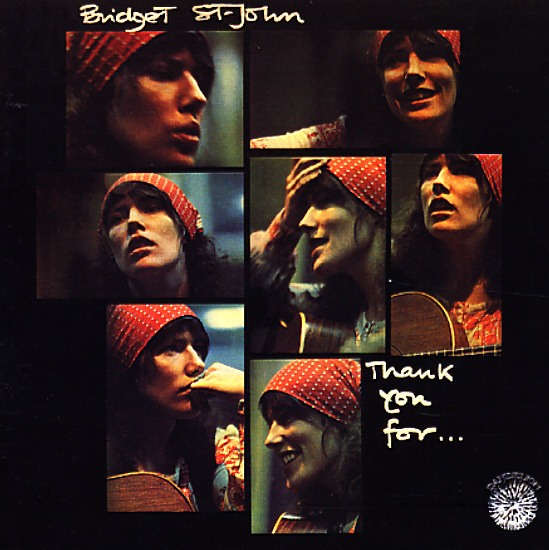 A slight shift in styles for British singer/songwriter Bridget St John – an album that shakes off a few of the folksy touches of earlier years, but still retains all the dark corners that make her work so great! A few tracks on the album have Bridget working with more traditional accompaniment, but overall most of the record still focuses strongly on voice and guitar – augmented slightly by additional instrumentation that's used sparingly, but beautifully! Most of the tracks here are still by St John – including "Nice", "Thank You For", "Happy Day", and "To Leave Your Cover" – but the album also features a few covers, like Buddy Holly's "Every Day" and Dylan's "Love Minus Zero No Limit".  © 1996-2021, Dusty Groove, Inc.