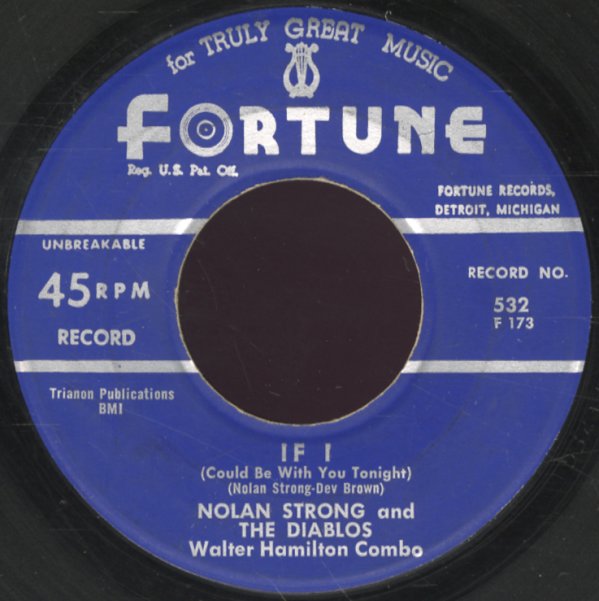 If I (Could Be With You Tonight)/I Wanna Know

Wind/Baby Be Mine
Fortune, Late 50s. Very Good-
7-inch...$19.99
One of our favorite doo-wop tracks of all time! Nolan Strong and the Diablos do an incredible job with "The Wind" – making the cut slow, deep, sad, and dreamy – in a way that few other doo wop groups could match. "Baby Be Mine" is more of an uptempo number – ... 7-inch, Vinyl record