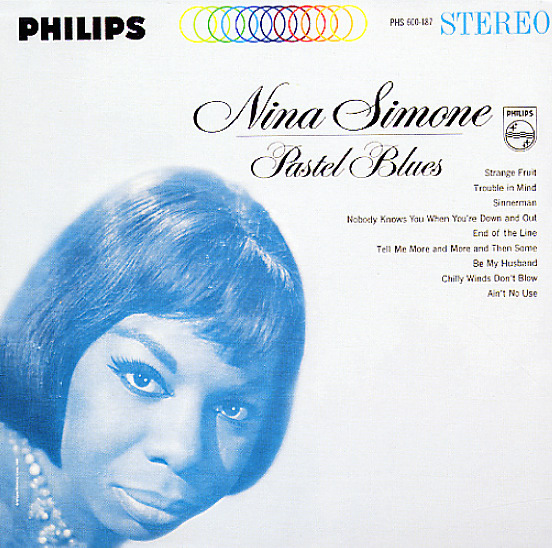 Wonderful stuff from Nina Simone – working here still with one foot in the jazzier style of early days, but with haunting elements of the later progressive style to come! The "pastel" in the title shouldn't imply any sort of softness on Nina's part, because if anything, she's really sharpening up her game a lot here – packing a punch that wasn't allowed so strongly on some of her earlier recordings. The album features an incredible 10 minute version of "Sinnerman", arranged by Nina with complicated jazzy riffing and a nice breakdown in the middle that's completely sublime – and other tracks include "Be My Husband", "End Of The Line", "Chilly Winds Don't Blow", "Strange Fruit", and "Ain't No Use".  © 1996-2022, Dusty Groove, Inc.
(Part of the excellent Acoustic Sounds series – a fantastic pressing, maybe even better than the original!)