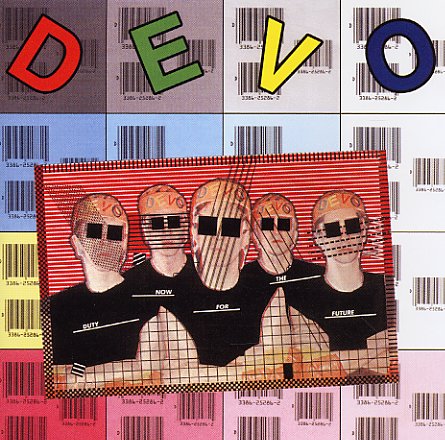 Devo's second album didn't scare the bejesus out of 70s rock fans in the way of their agitpop masterpiece debut, and the group's mainstream salad days of "Whip It" were still another year or two away, but nowadays we wouldn't trade Duty Now For The Future for just about any post punk album of the time! At this point the punk-era crunch was still a sizable portion of the plate – for that extra aggro kick behind the squealing synthesizers and primitive electronics. Long underappreciated, and all but ignored in the CD era, Duty. . .has excellent tracks that will always be loved by the Spuds even if WEA kept it buried too long! "Devo Corporate Anthem", "Clockout", "Wiggly World", "Blockhead", "Smart Patrol/Mr. DNA", "Red Eye" and more.  © 1996-2020, Dusty Groove, Inc.
(Rhino Rocktober brick & mortar store exclusive.)