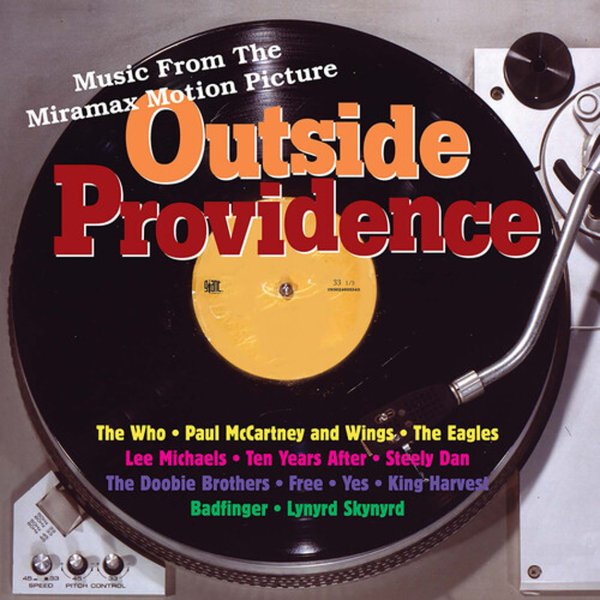 The soundtrack to a 70s set comedy written by Farrelly Brothers as a slightly more earnest effort following the outrageous comedies they made their names on – looking back at their own 70s New England roots – with a soundtrack that works like a perfect, period specific classic rock mixtape! What's so lovable about it is that it has huge hits that were inescapable on classic rock radio for years, and now don't get nearly as much play and we genuinely miss! Includes big ones like "Free Bird", "Won't Get Fooled Again" and Band On The Run" by Skynard, The Who and Wings, plus "Do It Again" by Steely Dan", "No Matter What" by Badfinger", "Roundabout" by Yes, "Do You Know What I Mean" by Lee Lichaels, "Dancin In The Moonlight" by King Harvest" and more by Free, The Doobie Brothers, and The Eagles.  © 1996-2021, Dusty Groove, Inc.
(First time on vinyl! Rhino Rocktober brick & mortar store exclusive.)