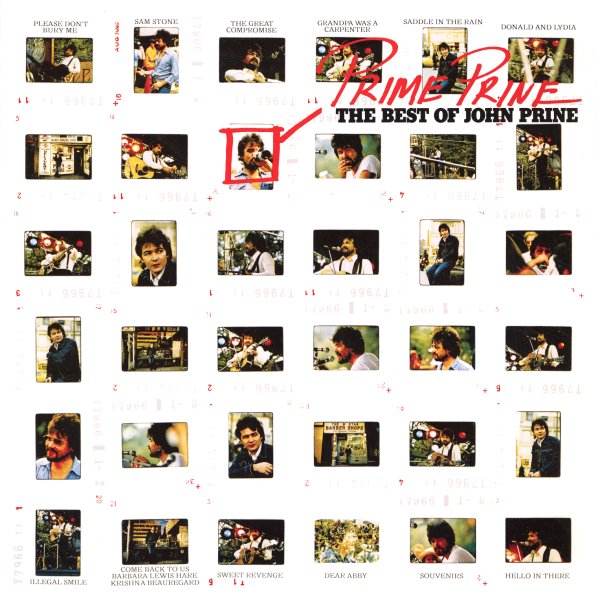 The compilation that capped off a younger John Prine's early years at Atlantic Records – and if it might have come off as a bit prematurely titled at at time given the treasure trove of "best of" level material Prine would record for decades to come, there's no question after all these years ther is plenty of genuinely prime Prine songs here! John's Atlantic albums still stand as some of the finest folk rock ever put out by the label, hislyrics and vocals that distinctive mix of wit and grit, Arif Mardin's production smart enough to keep things spare and intimate when necessary, and to bring in some lusher touches at times. Includes "Sam Stone", "Saddle In The Rain", "Pease Don't Bury Me", "Grandpa Was A Carpenter", "Donald & Lydia", "Illegal Smile", "Sweet Revenge", "Souvenirs", "Come Back To Us Barbara Lewis Hare Krishna Beauregard" and "Hello In There".  © 1996-2021, Dusty Groove, Inc.
(Rhino Rocktober brick & mortar store exclusive.)