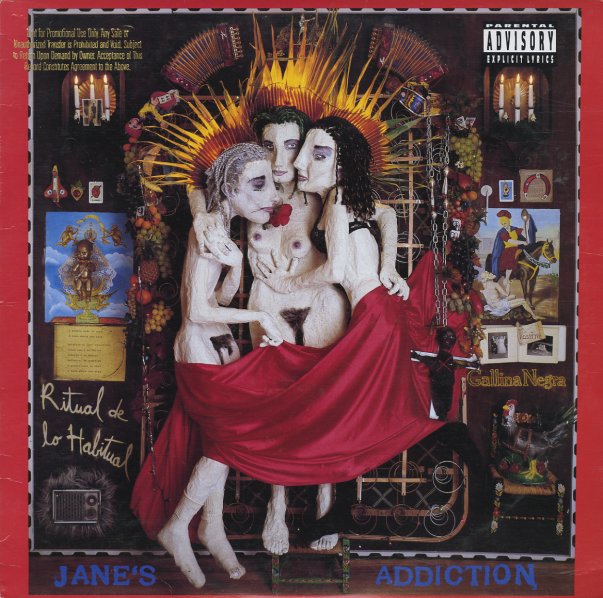 One of the key genre-starting records from Perry Farrell and Jane's Addiction – work that sprung out of the tail end of the 80s with many of its musical changes intact, but which also isn't really like any of them at all! The record's not really punk, metal, or even some of the hard rock that was morphing into grunge – although it borrows the best of all those styles, and serves things up with that really unique charm that made Farrell such a compelling frontman. The album was the group's last in their initial burst of genius – and fits nicely alongside the other two – with tracks that incude "Been Caught Stealing", "Stop", "No One's Leaving", "Classic Girl", "Then She Did", and "Ain't No Right".  © 1996-2021, Dusty Groove, Inc.
(Rhino Rocktober brick & mortar store exclusive. 30th Anniversary edition on pearl vinyl!)