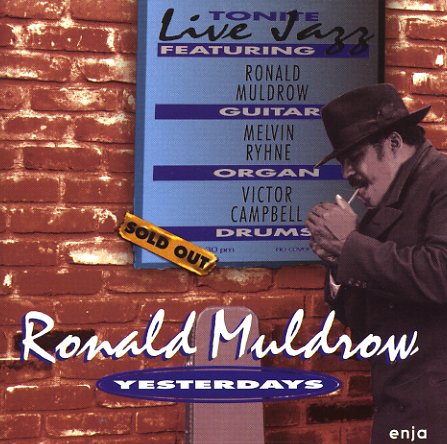 A sweet set of organ jazz on Enja Records – a label that normally never embraces the Hammond this strongly, but does a really great job on this overlooked gem! The group's led by guitarist Ronald Muldrow, and features organ work by Mel Rhyne – that legendary Indianapolis player who was just beginning to open up a strong second chapter of his career during this generation – really sounding great, and every bit as important to the sound of the record as Muldrow's guitar! Ron plays with a nice sense of color, and phrasing that occasionally rivals that of one of Rhyne's hometown contemporaries from years back – and Victor Campbell provides some nicely snapping drums to keep the whole thing moving along. Titles include "Besame Mucho", "Sham Time", "Yesterdays", "Grooving High", and "Love For Sale".  © 1996-2020, Dusty Groove, Inc.
(Part of the "Enja – Real Jazz Classics" series!)