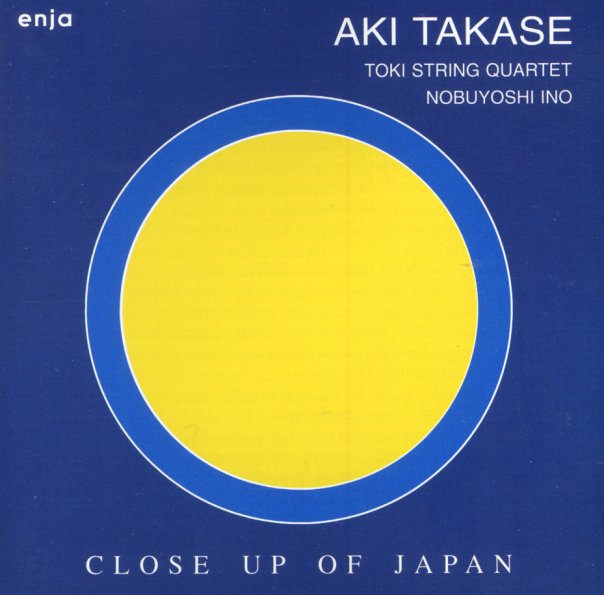 One of the most striking albums we've ever heard from pianist Aki Takase – a set that not only features work on bass from Nobuyoshi Ino, but also strong contributions from a string quartet! The strings are used in ways that are very different than the usual "jazz with strings" mode of the 50s and 60s – and instead, the Toki String Quartet work here with modes that are clearly inspired by the revolutions of Kronos Quartet – all sorts of modes on their instruments that are often as rhythmic as they are melodic, as much sonic experiments as musical notes – which is really augmented by Takase, who also plays some percussion too. The basswork of Ino is great – nice and deep, with all these moody textures – and titles include "Scaramouche", "Milestones", "Presto VH", "Song For Che", and "Point".  © 1996-2020, Dusty Groove, Inc.
(Part of the "Enja – Real Jazz Classics" series!)