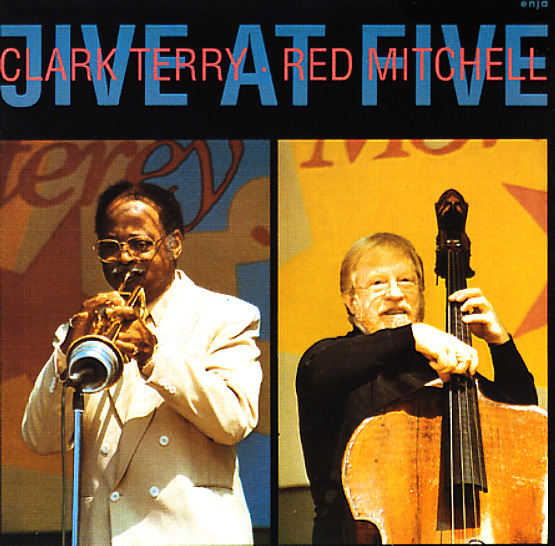 One of the hippest records ever cut by Clark Terry – a spare set of duets with bassist Red Mitchell – all in a mode that's really quite unique! We can't think of too many other trumpet/bass duet albums – especially in a straight jazz mode – and Red further adds to the sound nicely by bringing in a bit of piano and some occasional vocalizations too! But the real highlight here is his work on bass – in that round, warm tone that he developed strongly while working on the European scene – almost a subtle wall of sound in its own right – and a unique foil for Terry's more sprightly lines on trumpet (plus a bit of flugelhorn.) Titles include "Late Date", "Jive At Five", "Prelude To A Kiss", "Lester Leaps In", "Cute", "Cottontail", and "Love You Madly". CD features alternate takes of "Cute" and "Cottontail".  © 1996-2021, Dusty Groove, Inc.
(Part of the "Enja – Real Jazz Classics" series!)