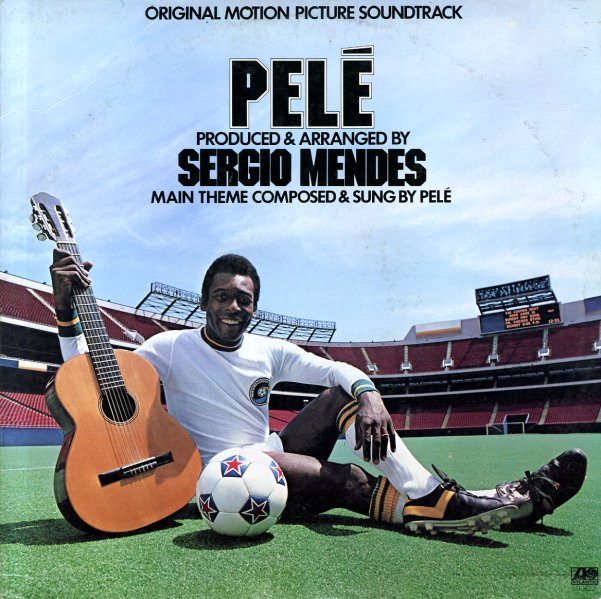 Sergio Mendes' score to this film starring Pele from the height of his career. The music's got the range of sounds that you'd expect from a soundtrack – with some mellow cuts, and some more uptempo ones, but the mix is great, and the sound is nice and Braziliany, with some good electric moments. Pele sings vocals on one version of the title cut "My World Is A Ball", and Gerry Mulligan solos on another version of it. Cuts include "Big City", "Sadness of Goodbye", and "Na Bahia".  © 1996-2021, Dusty Groove, Inc.
(Includes the Atlantic inner sleeve. Cover has small Factory Sealed stickers at the top left corner on front and back.)

Autentico!
Fantasy, Mid 60s. Very Good
LP...$16.99
An excellent groover from this great Brazilian guitarist! Sete's in fine form here, definitely more "autentico" than on other albums – and he grooves nicely with a bossa sound, and backing by a good rhythm combo that includes Sebastian Neto on bass and Paulinho on drums! Titles ... LP, Vinyl record album