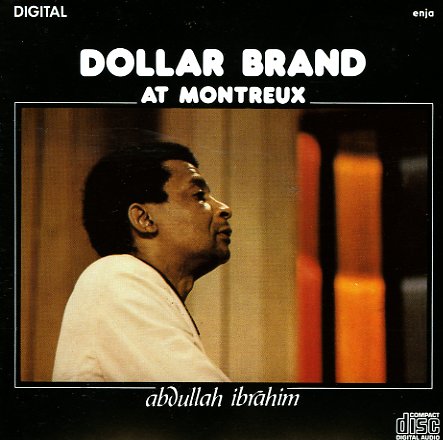 Extremely solid live work from Dollar Brand – playing here before a very enthusiastic crowd at the Montreux Jazz Festival in 1980! The group is especially nice – a tight quintet with Carlos Ward on flute and alto, Craig Harris on trombone, Andre Strobert on drums, and Alonzo Gardner on electric bass. The use of electric bass gives the set a nice romping groove – driven onward by the freedom of the live setting, and by the very strong response of the crowd – making for some great long tracks that sparkle with Brand's unique South African jazz approach. Titles include "Ishmael", "The Perfumed Forest Wet With Rain", "Whoza Mtwana", and "The Homecoming Song".  © 1996-2020, Dusty Groove, Inc.
(Part of the "Enja – Real Jazz Classics" series!)