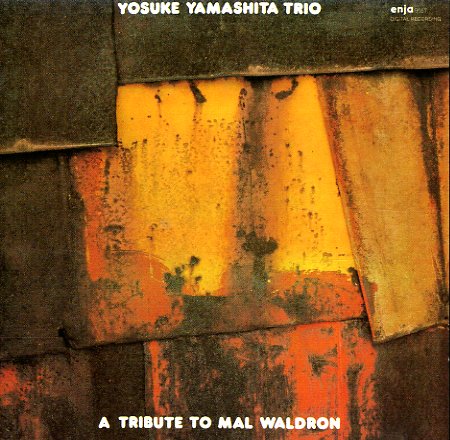 A slightly different album than usual from Japanese avant piano legend Yosuke Yamashita – a tribute to Mal Waldron, and one that maybe has a bit more of a straight swing and sense of soul than some of Yamashita's other records from the time! The Waldron vibe is very strong here – and Yosuke plays with that sense of majesty that seemed to show up in Mal's music especially during the period when he was recording more often in Japan and Europe than his American home – an open sense of flow that's not entirely free jazz, but which is very spacious and souring. The trio features Katsuo Kuninaka on bass – and Shota Koyama on drums – and titles include versions of Mal Waldron's "Minoat", "Trane's Soul Eyes", and "One Upmanship" – plus the Yamashita original "Mal Is Back In Town".  © 1996-2020, Dusty Groove, Inc.
(Part of the "Enja – Real Jazz Classics" series!)