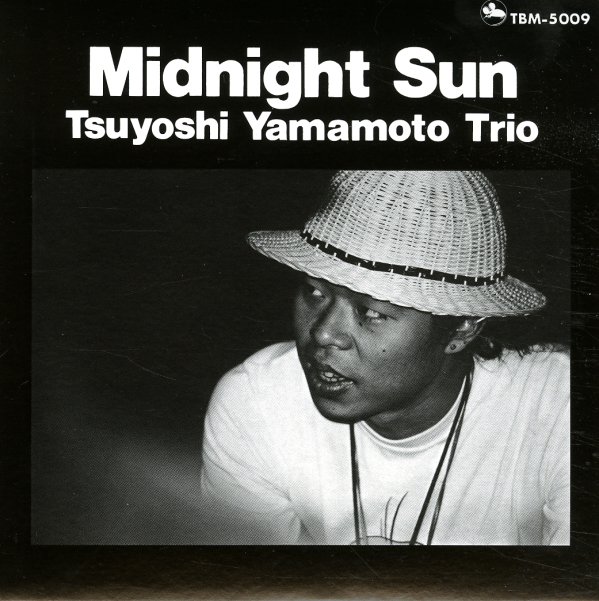 One of the most sensitively soulful records of the 70s from pianist Tsuyoshi Yamamoto – a set that still has him working in a trio format, but which also has a slightly more mellow feel overall – with some especially great work from the leader on the ballads! Yamamoto's style is maturing strongly here – and he's got this commanding spectrum of sound from the piano – gentle right hand passages and deep left hand lines – all nicely balanced with work from Tsutomo Okada on bass and Keiji Kishida on drums. Titles include "Billy Boy", "A Shade Of Love", "Midnight Sun", "Autumn Leaves", "Wave", "Blue Manhattan", and "Kid".  © 1996-2020, Dusty Groove, Inc.

Blues For Tee
Three Blind Mice/Craftman (Japan), 1974. Used
CD...$14.99
A special live set, dedicated to the head of the unique Three Blind Mice label – and done in the best freewheeling style of pianist Tsuyoshi Yamamoto! The record's got even more bite than some of Yamamoto's other albums of the time – a soulful groove that has lots of left hand action ... CD

Montreux Cyclone (XRCD pressing)
Three Blind Mice (Japan), 1979. Used
CD...$25.99
The groovy 70's big band of Japanese arranger Bingo Miki hits the Montreux festival in 1979, and they're joined by a host of guest players that include Richard Davis, Jon Faddis, and Joe Beck. If you don't know Miki's work, the 70's stuff (like this album) has a cool electric orchestral sound that ... CD

Live At The Misty
Three Blind Mice/Craftman (Japan), 1974. Used
CD...$14.99 (CD...$19.99)
Long tracks and plenty of room to groove – a really great little session from Japanese pianist Tsuyoshi Yamamoto, and one with some added conga to boot! Don't confuse this one with Yamamoto's other 70s date with Misty in the name, because this album's a live one – and it comes across ... CD

Black Orpheus
Three Blind Mice/Craftman (Japan), 1976. Used
CD...$17.99
A beautifully spare session from the mid 70s – one that features bass and cello from Isao Suzuki – stretching out here in a sound that's totally unique! The trio's a great one – with Donald Bailey on drums and Tsuyoshi Yamamoto on both acoustic piano and Fender Rhodes – the ... CD

Live In 5 Days In Jazz 1974 – When A Man Loves A Woman
Three Blind Mice/Craftman (Japan), 1974. Used
CD...$14.99 (CD...$22.99)
A mighty soulful set from the group of bassist Takahashi Mizuhashi – served up in a really strong range of sounds that are spun out over the album's very long tracks! The set begins with a soulful rendition of "When A Man Loves A Woman", but then soars into freer jazz territory at ... CD

Orang-utan (Japanese paper sleeve edition)
Three Blind Mice/Think (Japan), 1975. Used
CD...$24.99
A very compelling set from Japanese bassist Isao Suzuki – one that draws on the electric traditions being forged at the time by artists like Miles and Joe Henderson – but which is also graced by the warm lyricism that was running through other Japanese jazz sessions of the 70s! Suzuki ... CD