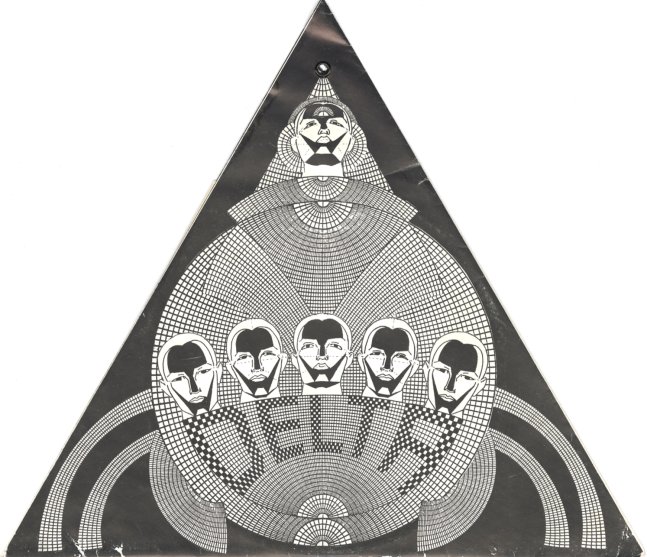 (In the oversized triangular sleeve!)