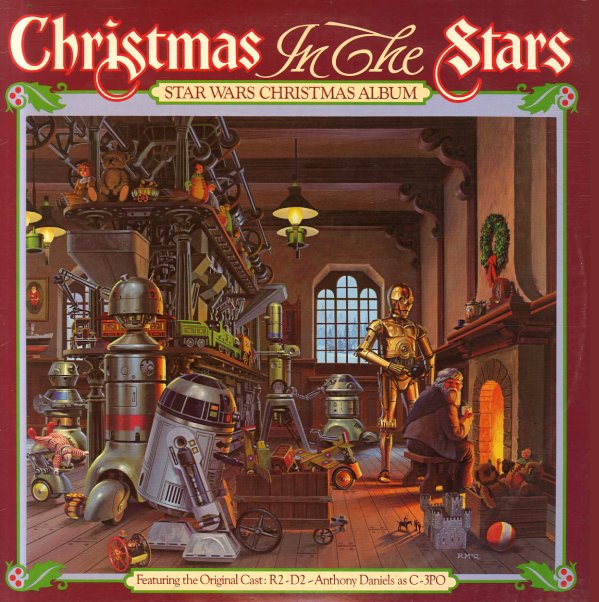 A key document of how strong the Star Wars pull was in late 70s merchandising – an album of Star Wars-related Holiday tunes – put together by Meco, with guest voices by C3PO and R2D2! The overall feel is kind of a Christmas take on Meco's take on Star Wars – groovy and with a touch of disco – put together with full arrangements by Meco, Harold Wheeler, and Lance Quinn. Titles include "Sleigh Ride", "Merry Merry Christmas", "Christmas In The Stars", "Bells Bells Bells", and "The Odds Against Christmas".  © 1996-2021, Dusty Groove, Inc.
(Limited LP sleeve edition!)