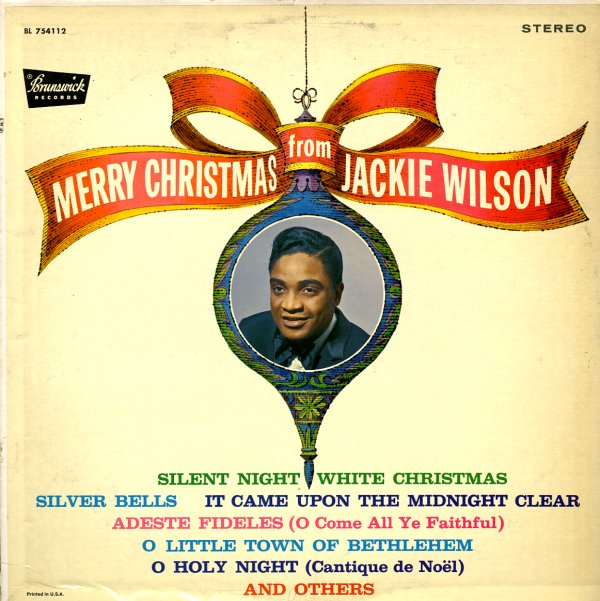 An early Christmas gem from Jackie Wilson – a record that really shows his versatility as a singer, as he takes on a number of different Holiday tunes in a variety of moods! Jackie's a soul singer first and foremost, but he can also sparkle with jazzier and more traditional material – which he touches on here in the company of arrangers Nat Tarnopol, Dick Jacobs, and Alan Lorber. The sound is socking soul on the best numbers – but also gets ambitious and somber on some of the others – making for a nice well-rounded Holiday set, on titles that include "Joy To The World", "God Rest Ye Merry Gentlemen", "Silent Night", "White Christmas", "The First Noel", and "Silver Bells".  © 1996-2021, Dusty Groove, Inc.
(Remastered from the original master tapes – first time on vinyl in decades!)