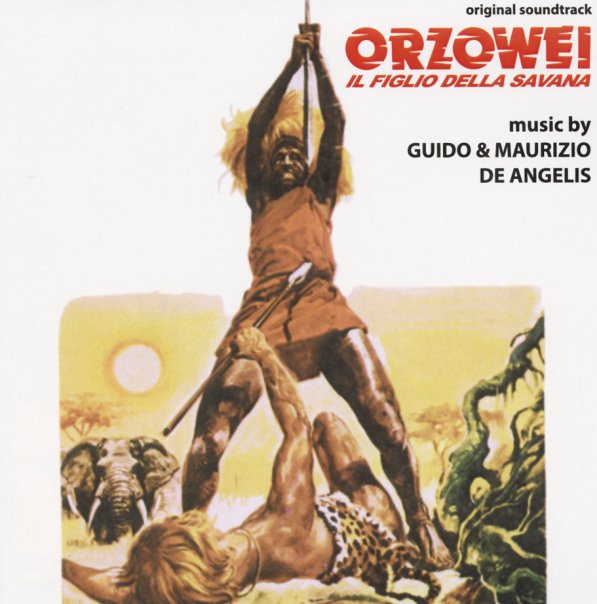 An Italian action score from the golden era – but one from the 70s, too – which means that there's some surprising funky and glammy touches in the music! The style here is certainly different from the earlier blood and sandals generation – as the music often uses electric bass, sometimes in very upbeat ways – mixed with exotic elements that are often as electric as they are acoustic – served up on guitar, and some keyboard lines that almost feel like they're mimicking more tribal-styled instruments. The title track is performed by Oliver Onions, and the rest by the M&G Orchestra – and titles include a number of variations on the main theme, and a karaoke version too!  © 1996-2021, Dusty Groove, Inc.

Agi Murad Il Diavolo Bianco/Ester E Il Re/Gli Invasori
Digitmovies (Italy), 1959/1960/1961. Used 2 CDs
CD...$11.99
A trio of historically-themed soundtracks from the pre-kitsch years of Italian cinema – all of them delivered with a good deal of tension and drama! Roberto Nicolosi composed all three scores – one in collaboration with Angelo Lavagnino – and the work is a mixture of full strings ... CD