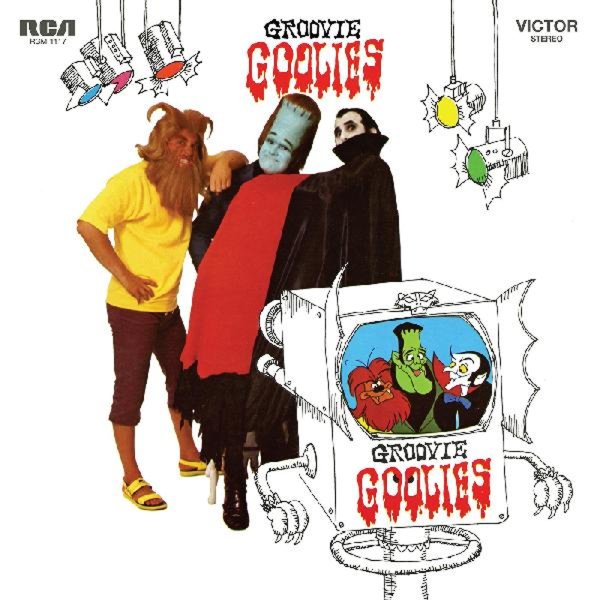 A wild little record from the Groovie Goolies – a monster rock band that was an offshoot of the Archies TV show – and who work here in a mode that's got the same sort of sing-song pop style we love from that group! Sure, these guys aren't The Cramps or The Misfits – heck, their costumes are more goofy than creepy – but they do a great job of singing these catchy TV versions of late 60s Sunshine Pop songs – softer than The Monkees, but maybe harder than The Partridge Family – all penned by the team of Sherry Gayden and Linda Martin, and put together with occasional novelty rock elements along the way. Titles include "The First Annual Semi Formal Combination Celebration", "Goolie Garden", "Cling Clang", "Save Your Good Lovin For Me", "Bumble Goolie", and "Frankie".  © 1996-2021, Dusty Groove, Inc.