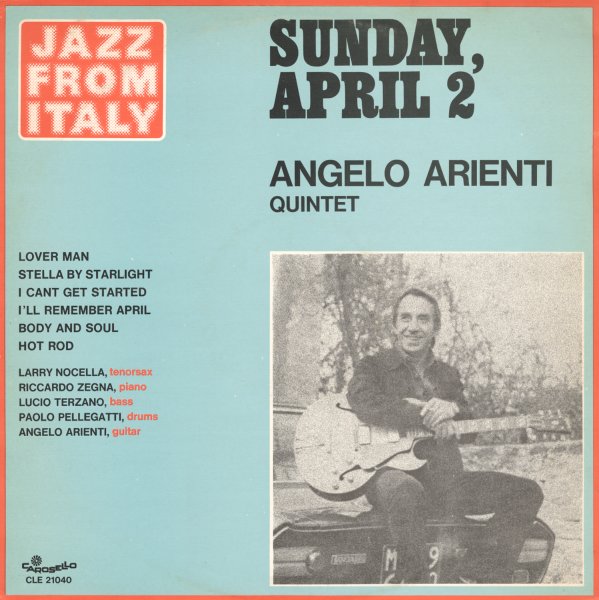 One of the more obscure titles in this excellent series of Italian jazz – with work from Angelo Arienti on guitar, plus Larry Nocella on tenor, Riccardo Zegna on piano, Lucio Terzano on bass, and Paolo Pellegatti on drums!  © 1996-2021, Dusty Groove, Inc.