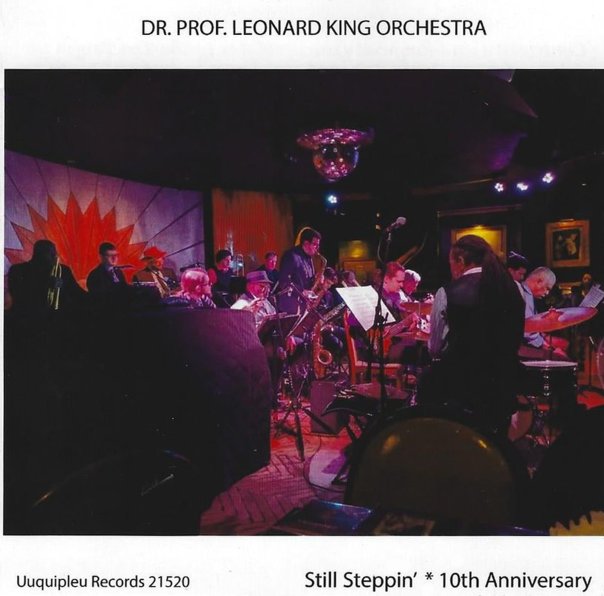 One of the many great projects from drummer Leonard King – a larger ensemble, but one that's still got all the sharp energy of his smaller group work! King's definitely in the lead on drums, and getting help from a few percussionists too – singing at times, urging the group on in ways that aren't that different from some of Roy Porter's vocalizations back on his famous albums of the 70s! In other words, King is a drummer first and a singer second – but his way of putting over a tune really shows how all-in he is with his music – leading a group that also includes some strong work on trumpet and a mixture of reeds from an assortment of different players. The great Ron English is in the group on guitar – and titles include "Number Four", "Deep Blue", "The Story Of Neptune", "Atoll", "Pissed Off With A High Degree Of Elegance", "True Bassonification Suite", and "Closed For Remodeling Suite".  © 1996-2021, Dusty Groove, Inc.