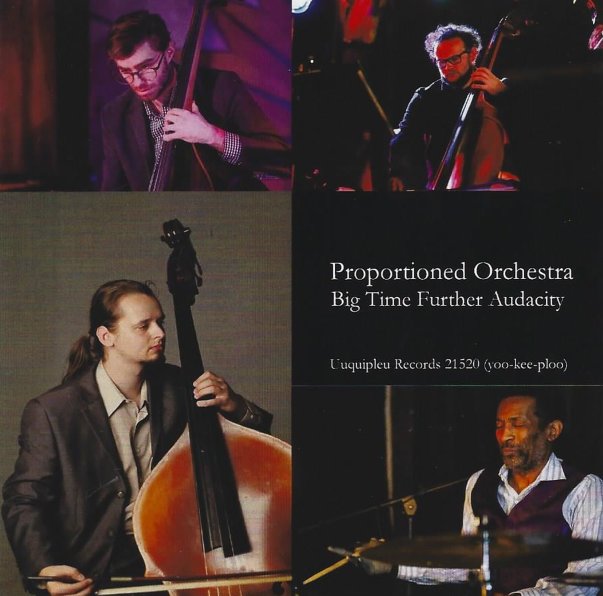 A pretty great group from Michigan funky drummer Leonard King – not really an orchestra, but instead a jazz trio, with two different basses working hard alongside Leonard's drums and vocals! The groove is great – sometimes very raw, sometimes more lyrical – as the basses are both plucked and bowed, and King sings in a mixture of funky soul and jazz vocals – both of which have a very unique, personal sort of quality! The basses are both acoustic, and the sound on the record is great – on titles that include "Epistrophy", "Novitango", "Horace Silver Medley", "Our Lives", "Undertango", "Temerity Of The Holding Room", and "Glarium".  © 1996-2021, Dusty Groove, Inc.