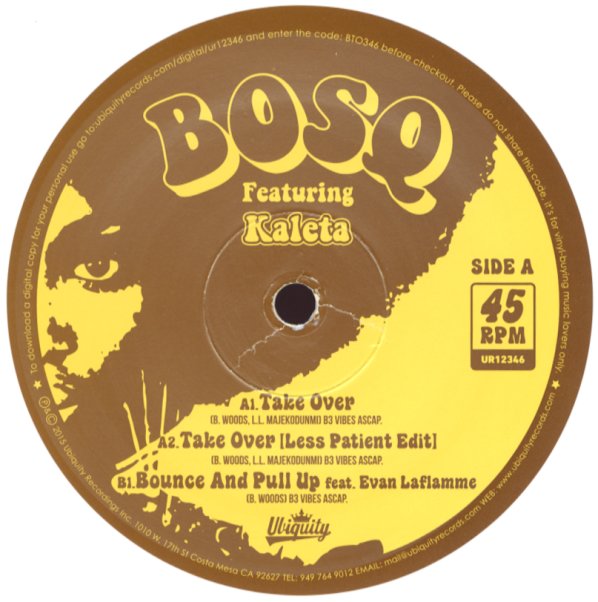 One of the strongest Afro Funk jams we've ever heard from Bosq – but that's no surprise, given that Kaleta is along for the ride! "Take Over" builds beautifully from the start – spare percussion adding in layers over time – all rising in this great crescendo of horns and vocals! The less patient edit is great too – more like a part 2 of the track – and the flipside features the groovy "Bounce & Pull Up" – a percussion-heavy track that really sounds like its name!  © 1996-2021, Dusty Groove, Inc.