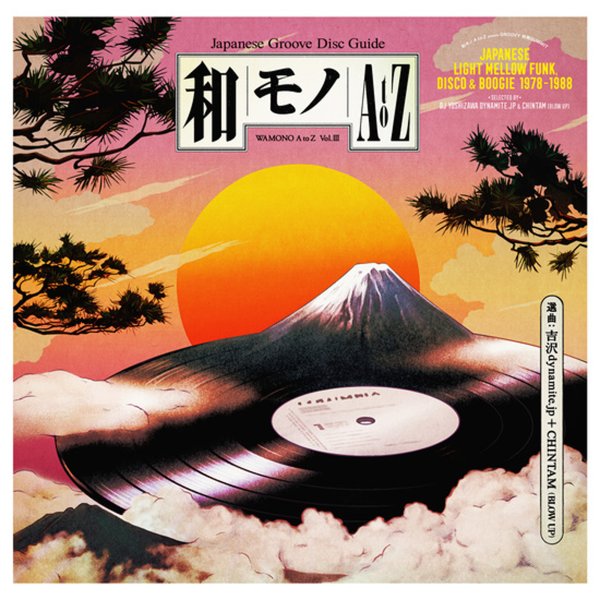 A really fantastic entry in this really great series – one that shows just how strongly the spirit of invention continued in the world of Japanese music as it moved into the 80s! As with previous volumes, the work here is a unique hybrid of influences from American and Japanese sources – partly based in jazz, but also with a fair bit of funk and soul too – modes that are used more directly here than on some of the more polished city pop work of the time – which means that if you like the sweet sound of American electric jazz funk of the late 70s, you'll find plenty to love here too! All cuts are from very rare albums issued by Columbia and Victor back in the day – and titles include "Kare Niwa Kanawanai" by Mizuki Kyama, "Sweet Soul Music" by Hitomi Tohyama, "Ame" by Yumi Sato, "Ojosan Ote Yawaraka Ni" by Kiyohiko Ozaki, "Kimono" by Tetsuo Sakurai, "Friday Night (ext dance mix)" by Jadoes, "Rainy Driver" by Hitomi Tohyama, and "Hello Suisei" by Sentimental City Romance.  © 1996-2022, Dusty Groove, Inc.

Movements Volume 11 – Compiled By Tobias Kirmayer (with bonus 7 inch single)
Tramp (Germany), 1960s/Early 70s. New Copy 2LP
LP...$26.99 29.99
A set that's every bit as funky as previous volumes in this excellent series – but one that also seems to add a nice soul jazz current too – serving up a fair bit of tracks that would have been right at home on some back room jukebox in some old school south side jazz club! Most of the ... LP, Vinyl record album

WaJazz – Japanese Jazz Spectacle Vol 1 – Deep, Heavy, & Beautiful Jazz From Japan 1968 to 1984 (180 gram pressing)
180g (UK), Late 60s/1970s/Early 80s. New Copy 2LP Gatefold
LP...$40.99 45.99
An essential collection of work from the Japanese scene of the 70s – as set that really gets at the "something special" that made jazz from this generation so unique! Japanese musicians were early adopters of American modes – and the scene had great bop recordings from the ... LP, Vinyl record album