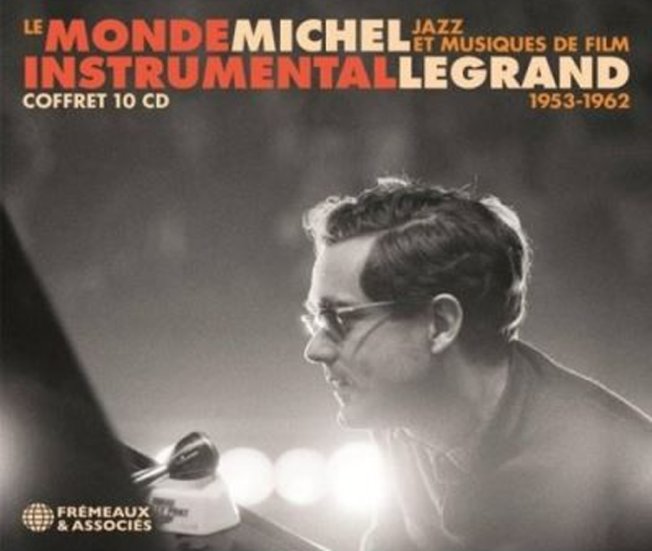 A gem of a package from one of our favorite film composers ever – a huge 10CD assortment of music from the earliest years of Michel Legrand – a set that shows just what an amazing career he was already having in Paris before his mid 60s rise on the international scene! The scope of work here is wonderful – and as you can guess from the title, the set includes only instrumental music from Legrand (although we will admit, there's a few vocals here and there) – which comprises not only early film scores and soundtrack contributions, but also some jazz projects and other instrumental recordings too – some more orchestral, others more in a groovy style that's like an instrumental take on early French pop! We're huge fans of Michel's music, and have lots of it in our collection already – but there's still a lot here that we'd not heard before – a whopping 234 tracks in all, with a completeness from these years that's echoed in the detailed notes, which are in both French and English. There's a huge amount of tracks we've never seen on CD, including lots of material from obscure French 7" EP releases – and the inside package offers the full details on the origin of all the many varied titles.  © 1996-2021, Dusty Groove, Inc.