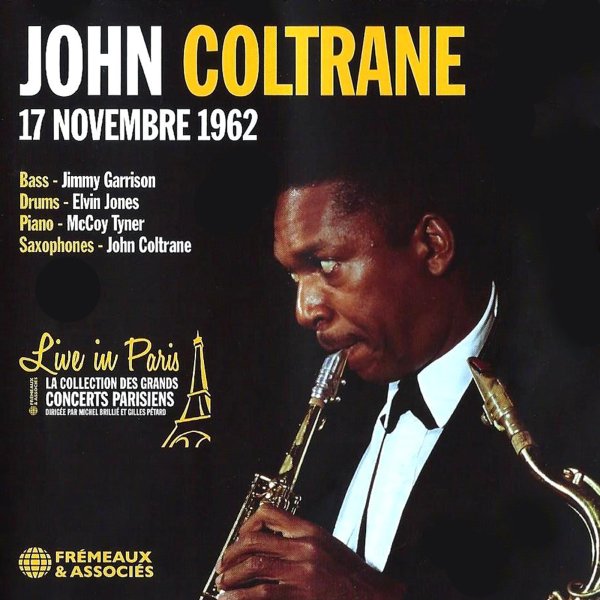 Wonderful live work from the John Coltrane Quartet – tracks recorded in Paris during a famous 1962 European tour – and material that we're not sure we've seen anywhere else! The group here is, of course, that masterful lineup of Coltrane on tenor and soprano saxophone, McCoy Tyner on piano, Jimmy Garrison on bass, and Elvin Jones on drums – really stretching out on long tracks that are full of modal energy, emphasized very strongly by Tyner and Garrison – and which have these beautiful solos from John that are very exploratory in both tone and phrasing, but which still hang more on the inside edge of the spectrum than his live work from a few years later. The set features a spoken introduction from Norman Granz – then moves into a 22 minute take on "Impressions", a 23 minute version of "My Favorite Things", and a 15 minut reading of "Mr PC" – plus a shorter, soulful ballad reading of "Everytime We Say Goodbye".  © 1996-2022, Dusty Groove, Inc.