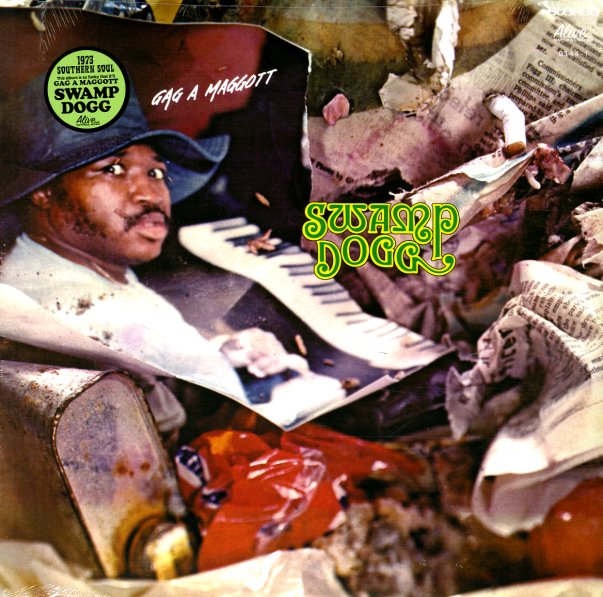 One of Swamp Dogg's roughest and rawest albums of the 70s – a real down-home affair that's probably one of the clearest expressions of what Jerry Williams was trying to do with his character! The album was produced by Jerry in collaboration with Miami soul maestro Steve Alaimo – and has a lean, mean deep soul feel – with backing from a small combo that features some mighty nice guitar from Little Beaver, and tracks that spin out longer than usual – with plenty of spirit! Titles include "Wife Sitter", "Choking To Death", "Midnight Hour", "Please Let Me Kiss You Goodbye", "I Couldn't Pay For What I Got Last Night", and "Mighty Mighty Dollar Bill".  © 1996-2020, Dusty Groove, Inc.